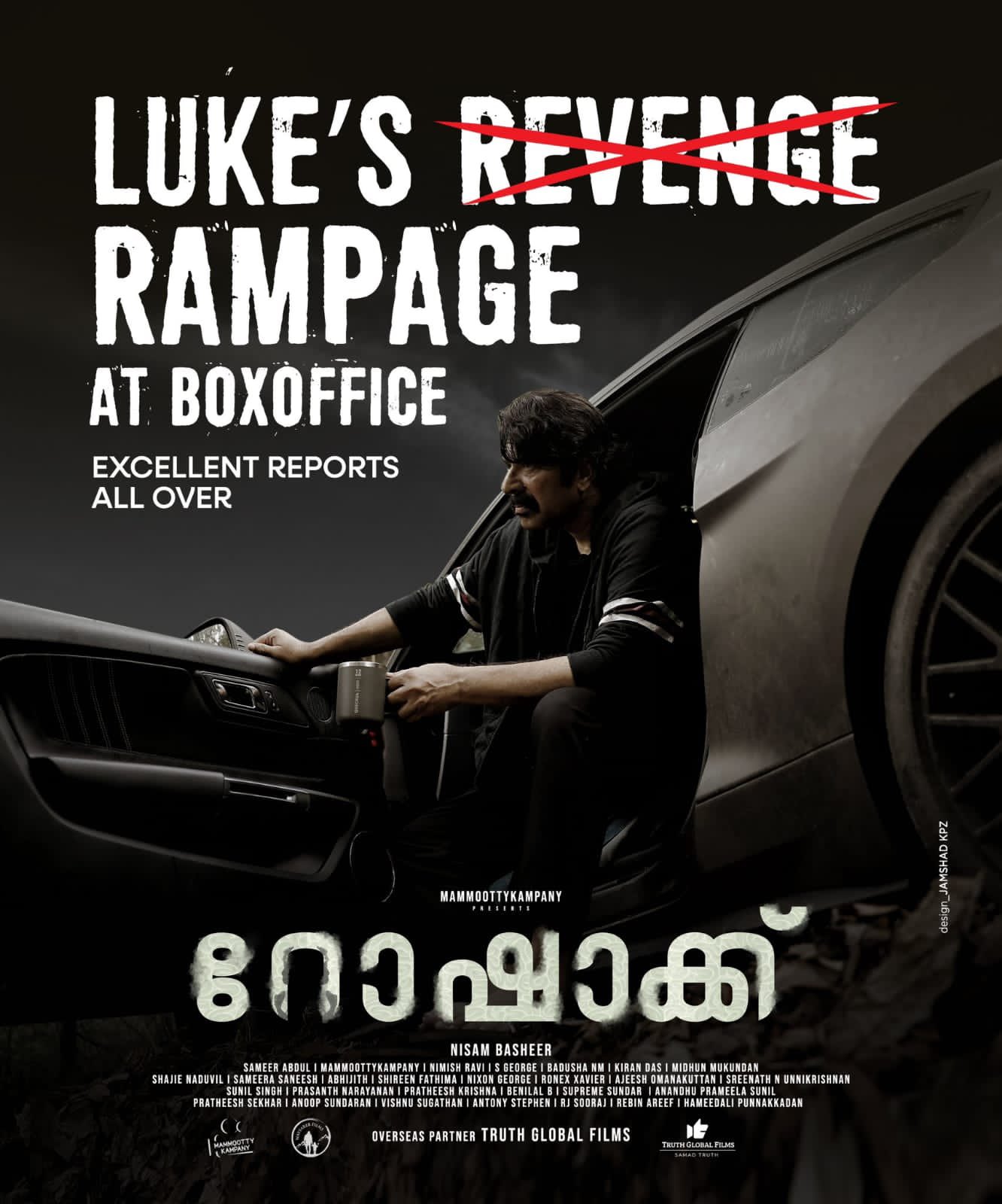 Rorschach is a Malayalam psychological horror film released on October 2022. The film is directed by Nisam Basheer, written by Sameer Abdul, and produced by Mammootty through Mammootty Kampany. The film has crossed 40 Crores in worldwide boxoffice. 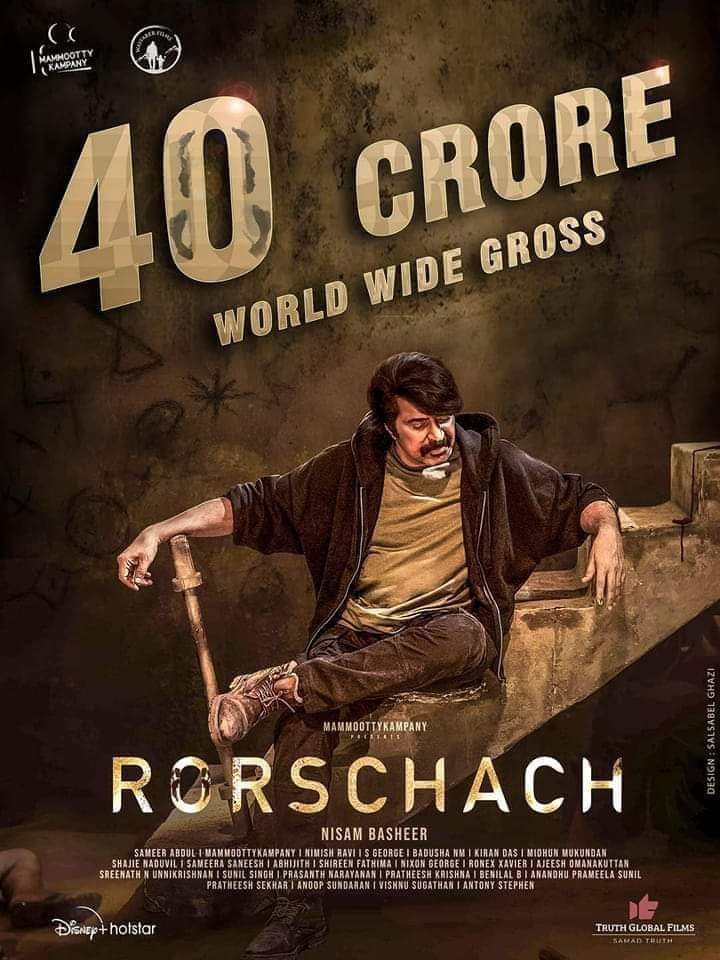