Marakkar: Lion of the Arabian Sea is an Indian epic war film directed by Priyadarshan. Set in the 16th century Calicut, the film is based on the fourth Kunjali Marakkar, the admiral of the fleet of the Zamorin. Priyadarshan scripted the film with Ani Sasi. The film was produced by Antony Perumbavoor through Aashirvad Cinemas, with Roy C. J. and Santosh T. Kuruvilla as co-producers. The film stars Mohanlal in the title role, and also features Arjun, Suniel Shetty, Prabhu, Manju Warrier, Keerthy Suresh, Siddique, Mukesh, Nedumudi Venu and Pranav Mohanlal in supporting roles.The film was made with a budget of 85–100 crore. Movie made on budget of 100 Crores have grossed 39 Crores till the OTT release. 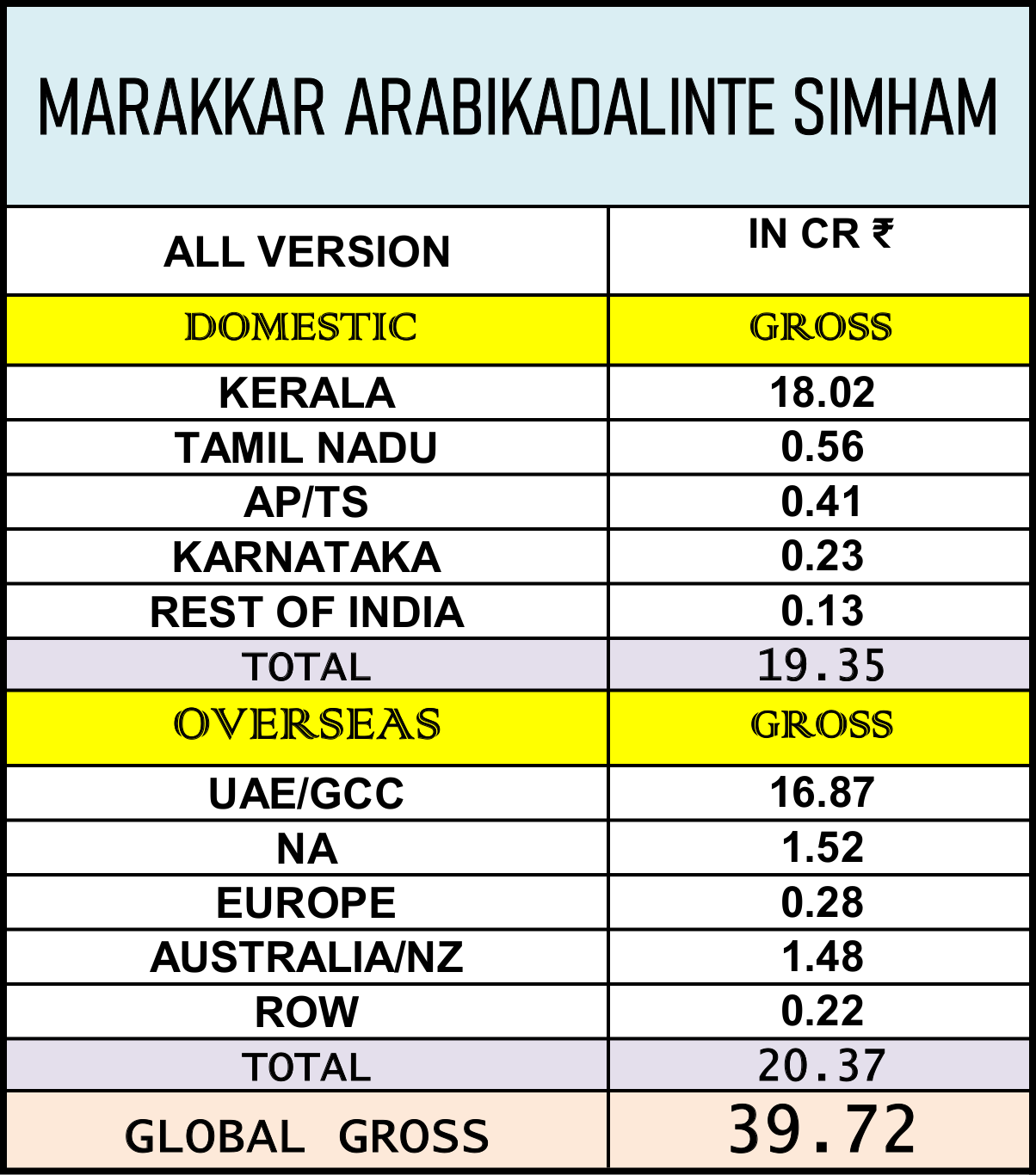