We are listing our Top 10 Mollywood Grossers which did extremely well in Kerala BoxOffice as well as Overseas. 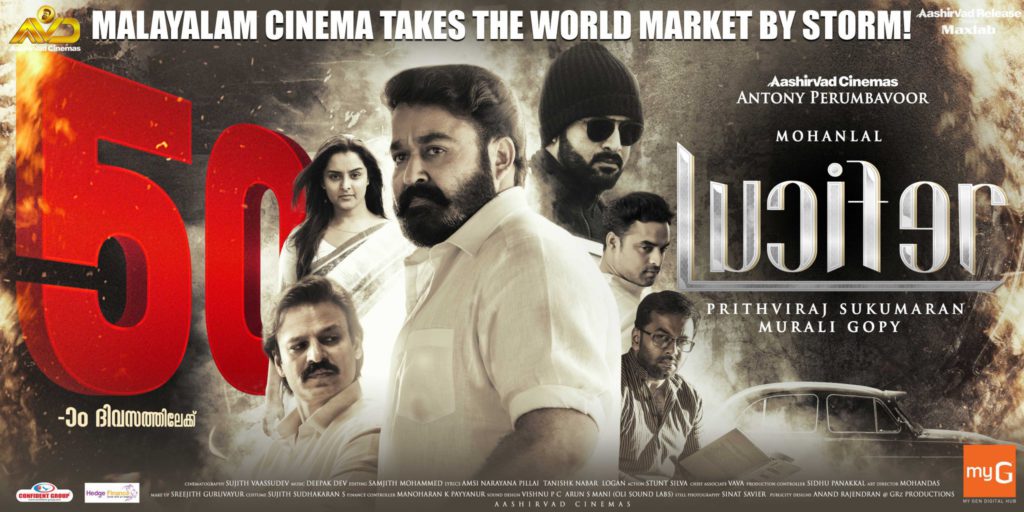 Madhuraraja directed by Vysakh starring Mammootty, Anusree, Jai & Jagapathy babu was made on budget of 27 Crores. Movie produced by Nelson Ipe was first Mammootty movie to do a business of 100+ Crores. Movie grossed 85.3 Crores Worldwide.