Let see few of our analysis.

If we compare the both, Mohanlal starer Lucifer having more votes than Anjaam pathira. There are possibility that fans might have voted multiple times as Mohanlal having Good fanbase compared to Kunchacko Boban. By considering the fact, Lucifer might have collected close to 20 Cr Only if we go as per the votes.
Either AnjaamPathira is deflated by 19 Cr or Lucifer is Inflated by 19 Cr.

Even though Odiyan having less votes than Anjaam pathira the collection reported is 1 Cr more. Again the fan-based duplication of votes considered, Odiyan will have around 25 k votes lesser than Anjam pathira.Hence either Odiyan is Inflated by 5 Cr or Anjaam Pathira is deflated by 5 Cr.

Please refer the Chart below:- 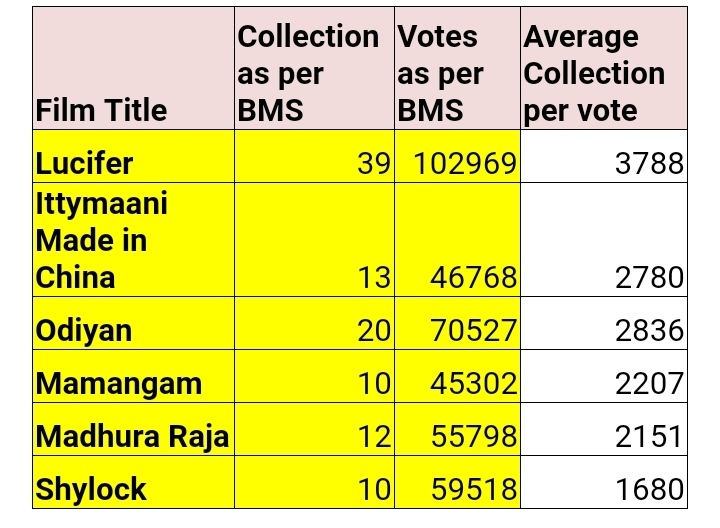 Ittymaani and Mamangam as per BMS having same votes but collection 3 Cr more for Ittymaani. MadhuraRaja and Shylock is way ahead in terms of votes when compared with Ittymaani but Collection wise is less. How???

The average rate per vote of Mohanlal films is around Rs 3134 per votes against Mammootty Films Rs 2012. 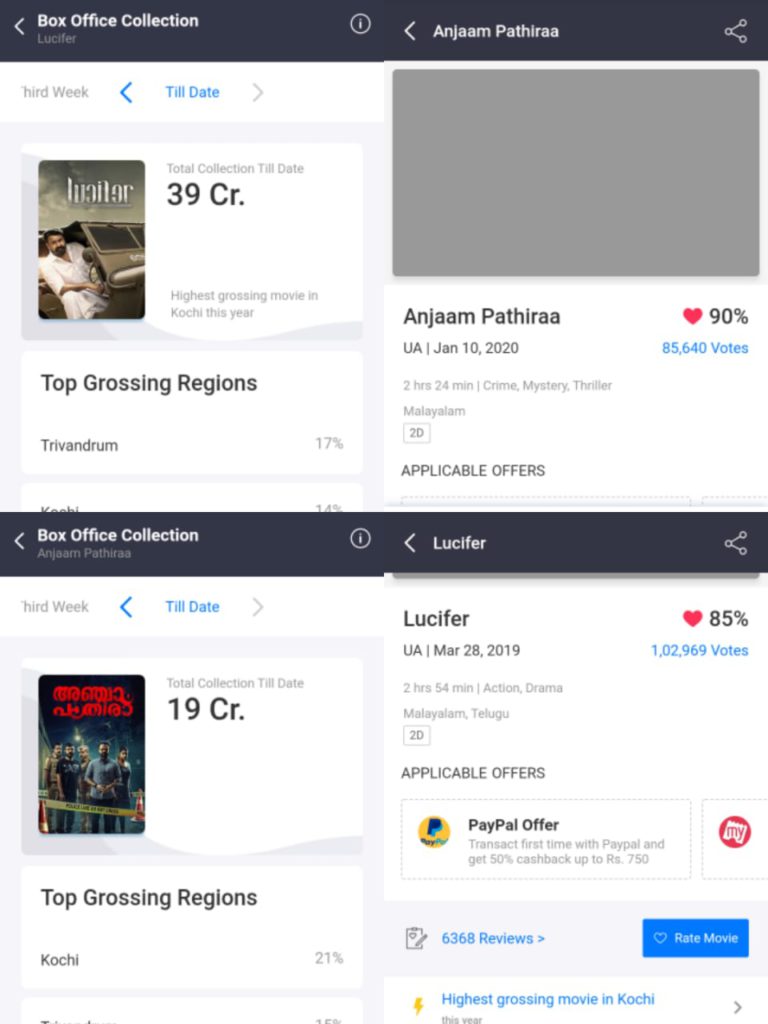 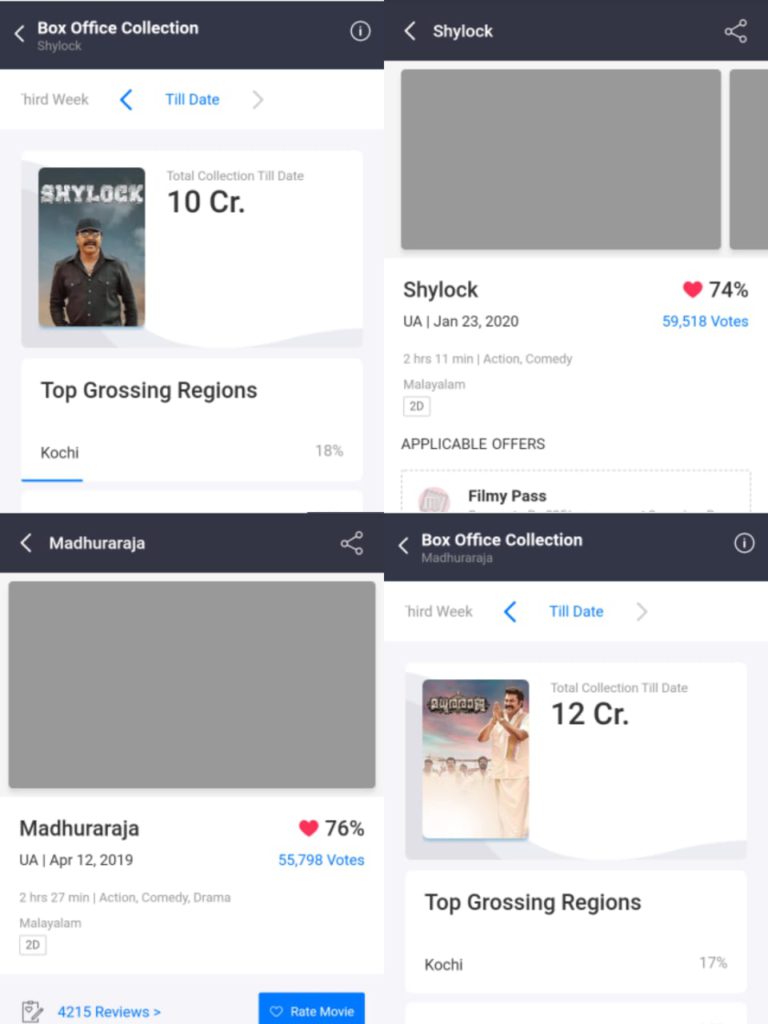 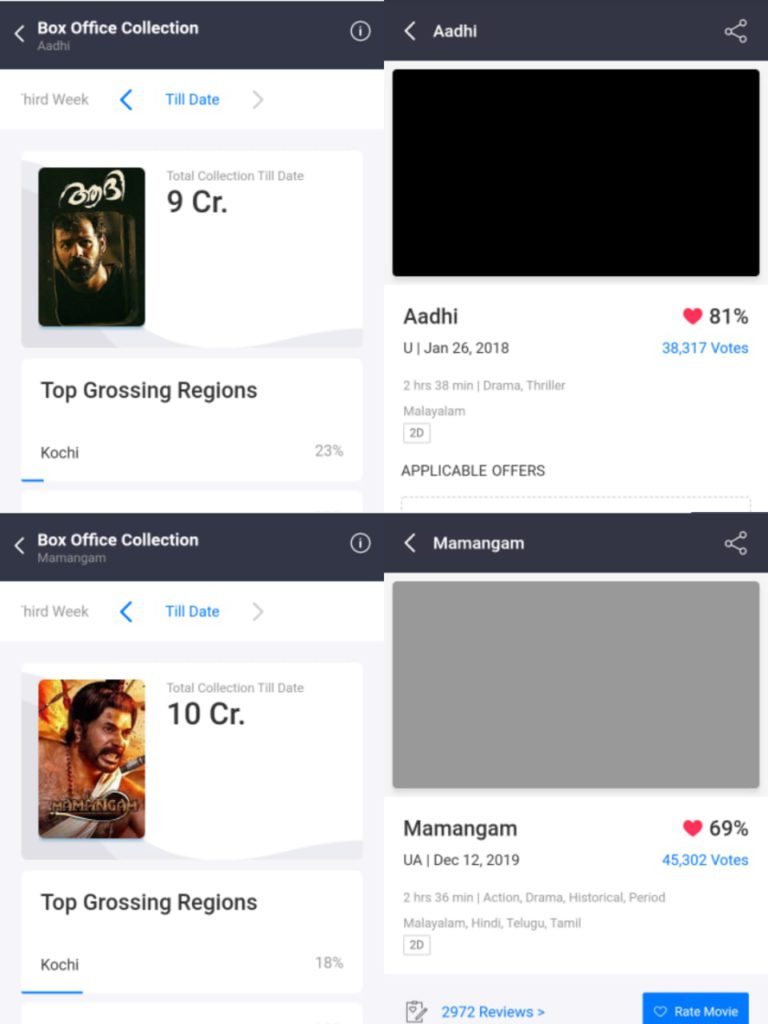 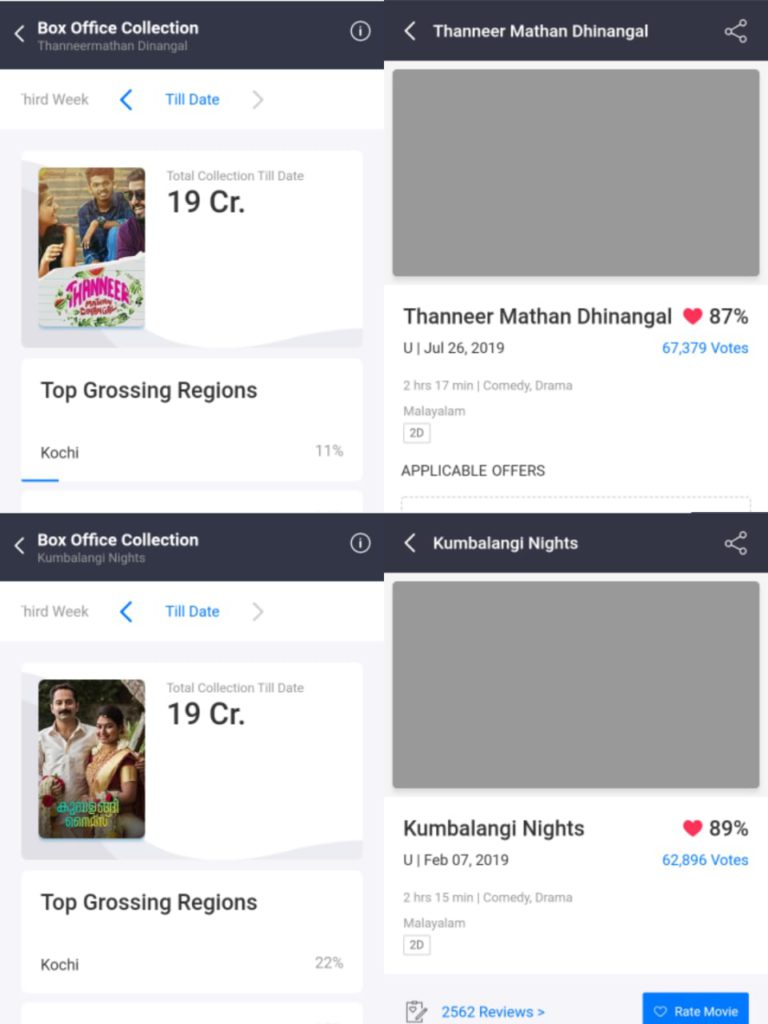 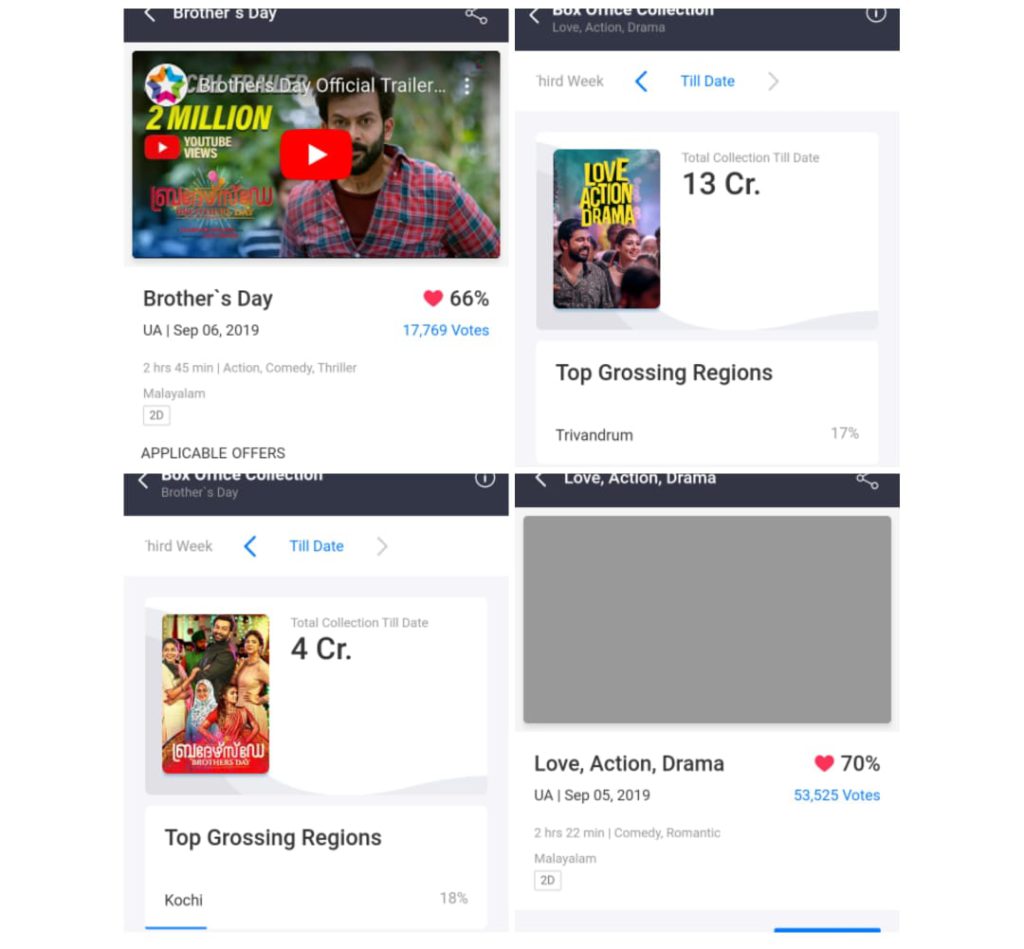 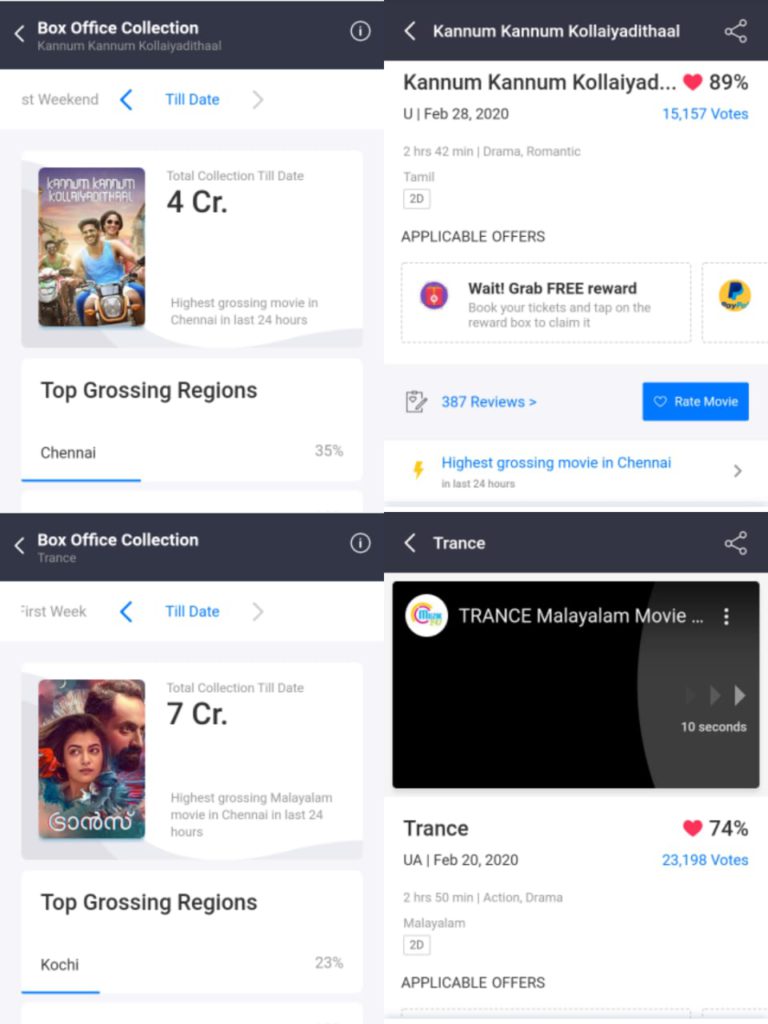 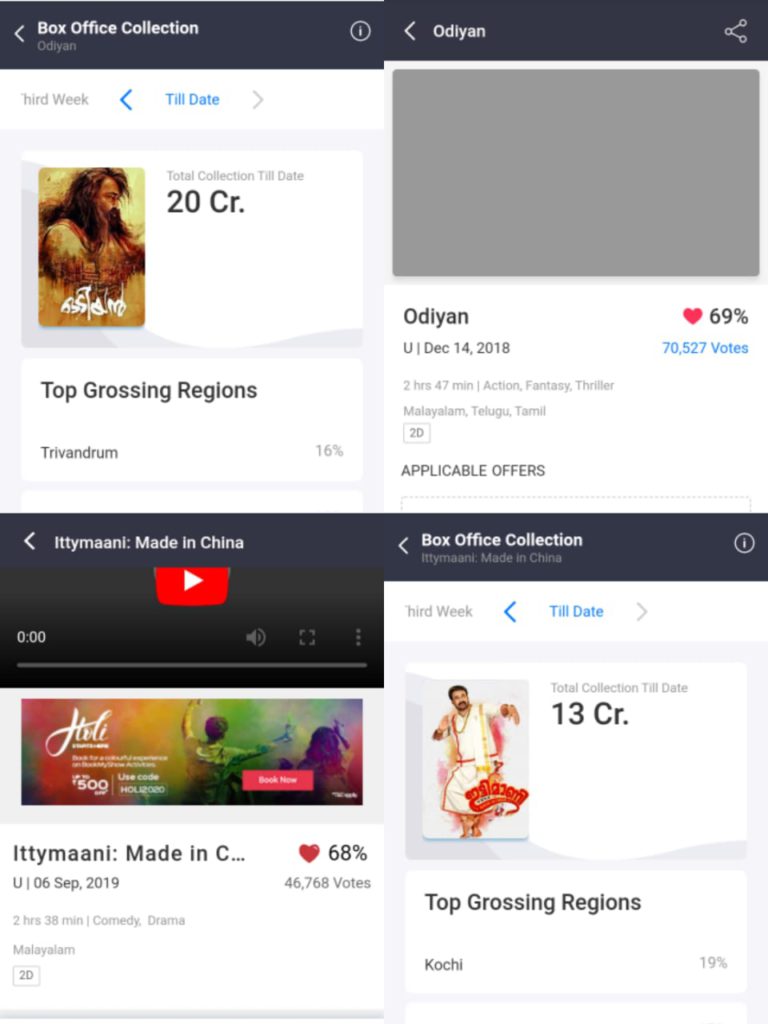 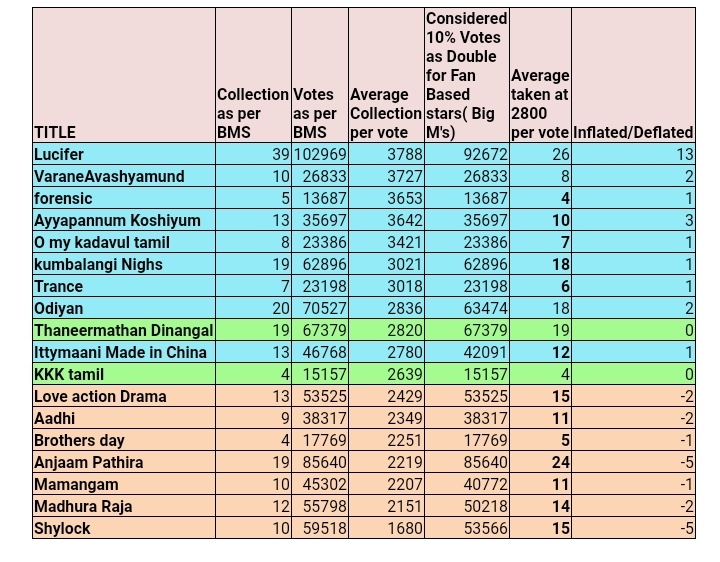 Based on the Votes and Collection  we Can Conclude that The COLLECTION  posted may be Promotions Figures.
RECENTLY BOOK MY SHOW HAD CAPPED THE VOTING SYSTEM WHICH CAN BE DONE ONLY FOR THOSE WHO BOOKED TICKETS

Please mail to us for further clarification on the same.