The distinct advantage a vulture has over its prey is the view from a height. Such a bird’s eye view is what any impartial observer also requires for a well-rounded judgment and that is exactly what I myself seek in hindsight for Mamangam too , after ending up watching it thrice in the theatres itself. At the same time, I also wish to try and encourage more and more people to watch the visual spectacle unfolding on screen in theatre itself and do my bit as a big fan. Anyway, after 2 weeks, the movie has become a great commercial success and reportedly crossed 100 crores but then ,since at one point there was obviously intentional degradation of the movie also , such writeups by innumerous fans of the movie could still be useful ,especially for people who are yet to watch and experience the movie in theater. This writeup can also be treated as the culmination of a small survey of various perspectives

Rulers in many historical accounts , like the Mughal emperor Akbar, used to wear a disguise and go around incognito to get an unbiased and well-rounded perspective , bit like how subjects of a kingdom (the Chaver warriors) do in Mamangam. Ironically even Mamangam’s primary antagonist ,the Zamorin(Samoothiri) ruler seated on throne over the Nilapadu Thara ,is at a vantage point with potential for a similar perspective.

However it is someone pivotal to the central theme of the movie ,Mammoottys character, who ends up making use of it. When he jumps into the Nilapadu thara , he not only gets the closest view of the throne but also a view from the top to complement the previous view from the battlefield( in the opposite direction). Seeds of doubt about the futility of war and sacrifice are sown in his mind for the first time then. Interestingly it’s a similar vantage point which combines perspectives that we as viewers need to reach too. A sum total of what one can refer to as my view, your view and the impartial bird’s eye view. 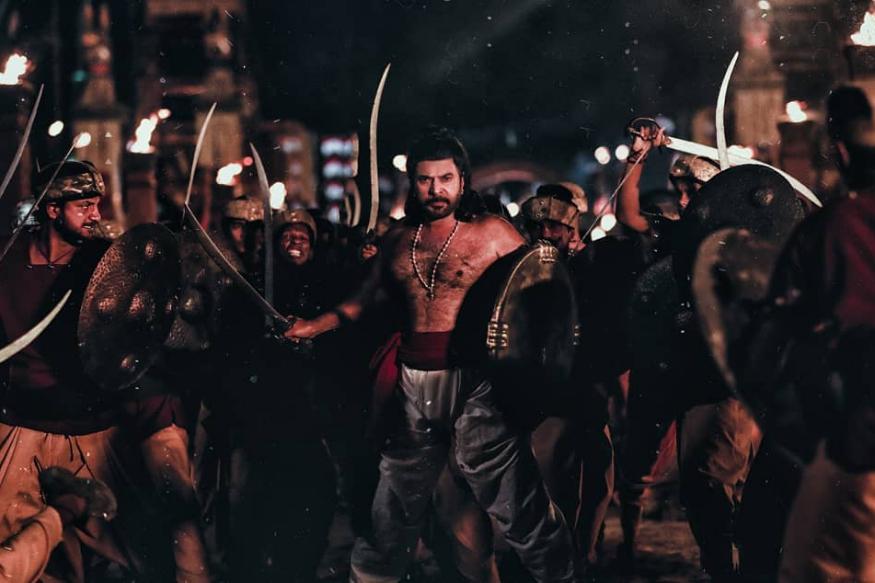 Moving away from the ‘my view mode’ , there are issues we can quote while analyzing the movie in depth but then ,while returning to the personal mode , I am able to place myself under a category of viewers who could effortlessly overlook all cited issues focusing on the big picture and enjoy the overall grandeur of the movie. In fact it can be referred to as a category of viewers for whom Mamangam really worked as a well rounded multigenre period film. However, being in a way a relatively naïve viewer who cant see through too much of technicalities, I wish to also respectfully exclude the perspectives of people with more knowledge about such matters,like people from film field. Some people have also felt that it would have been a more satisfying experience if the movie was longer and covered the backstory of the Chavers as well as the Mamangam festival itself in detail .

But then ,the way atleast many of us already see it , now also there are enough punch moments and dialogues invoking goosebumps , amazing visuals bringing to life Kerala’ s archaic history , emotionally moving as well as enlightening situations, good songs as well as astonishing BGM and so much more ,including a very important message in the end which works for not only Mamangam but also war in general. An interesting review/similar view I saw in Facebook (Arjun Anand) sums it up in a nutshell “Mamangam works as an antithesis to the masala-movie when it transcends the period drama genre constraints to an intact portrayal of history and it takes every cinematic liberty for granted, without diluting the core” . And then it has been time and again proven that specific expectations can lead us in a different biased direction.

For instance , Tamil thriller “Dhuruvangal16” is a movie I did not enjoy that much the first time around . I went expecting a psycho thriller featuring mind games between a cop and an unknown antagonist, after misinterpreting the trailer of the movie. But only later on I realized that it was actually something which smartly relied on metaphors and symbolism .It is now one of my most favourite movies. Each view in hindsight reveals a new aspect. Something similiar happened in case of Tapsee Pannus bilingual horror thriller “Game over” and even the recently released English mystery thriller “Knives out”. I had to watch all these movies once again to enjoy ,understand and appreciate everything way more than I did during my first view.

Mamangam itself wasn’t like that for me in the first place but I have come across people, especially intense Mammootty fans ,who had a similar experience due to expectations in a different direction. They went expecting an out and out mass movie focusing the most on Mammootty but then that would have completely diluted its essence. This is after all a movie based on a historical theme. While some of the initially disappointed fans were prompted by friends who enjoyed the movie , others were watching it with their families the second time around. In hindsight during revisit , their focus and expectations shifted to another gear (as in case of movies mentioned earlier). Surprisingly there is something comparable with all this viewing related subjectivity which the fictional world of Mamangam pays homage to ,when Siddique’s character questions three others in the movie one at a time , to solve a crime . 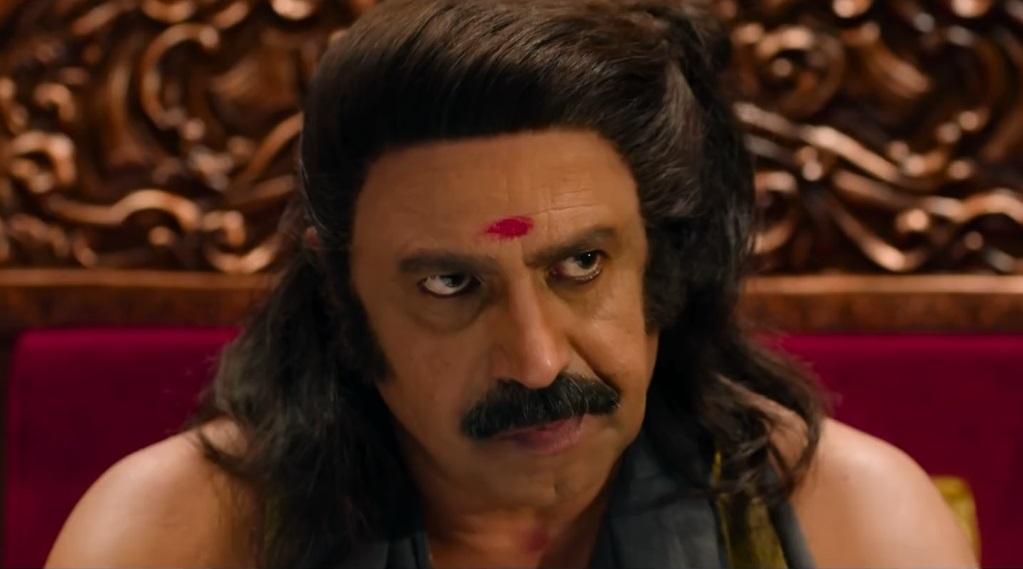 In its original form it is known as the Rashomon effect and happens when a single incident is given contradictory interpretations by different witnesses and still no one is lying. Many movies , starting with the namesake Rashomon(1950) itself ,utilize variants of the same. Ironically this Rashomon effect also complements our bird’s eye view and works well outside the four walls of the movie as well when we consider viewer perspectives. It is the same movie (instead of same incident) we are all watching with our own perspectives . 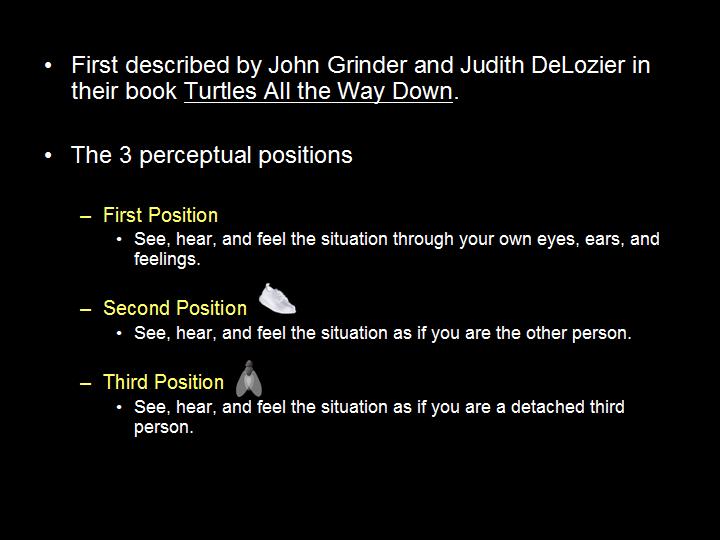 Personal view, view after standing in other people’s shoes and the fly on the wall/bird’s eye view

A movie with mixed reviews means there might be people who found it to be great, good, average and not satisfactory. Bad and horrible are at the same time usages which can be avoided in case of Mamangam even when we combine all perspectives .After all isn’t it the costliest Malayalam movie made till now and a collective artistic effort of many actors and technicians which could have been easily stalled at various stages. They covered the distance and have ended up gifting cinephiles a festival worth celebrating in the theaters atleast once for sure , if not twice or even thrice . 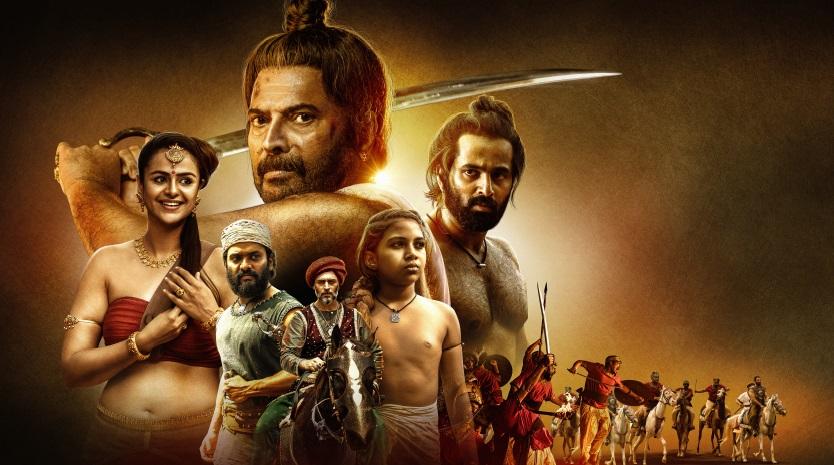 Mamangam – A festival to celebrate in theatres