Mamangam:- a festival to celebrate in theatres

Like its namesake, the original grand festival, the movie Mamangam is also potentially a reason for celebration – a cinematic event which will trigger innumerous expectations in the minds of seasoned viewers. After Kerala Varma Pazhassi Raja(2009) ,Urumi (2011),Veeram(2016) and Kayamkulam Kochunni(2018), Malayalam cinemas closest answer in this decade to historical period films on a massive canvas.

A spectacular display of Kerala’s martial arts, Kalaripayattu,as in movies like Oru Vadakkan Veeragatha and Thacholi Varghese Chekavar.  After the pathbreaking sleeper hit Joseph, the next venture of  M Padmakumar who was also ironically the associate director of Oru Vadakkan Veeragatha. Yet another historical role played by Mammootty with no reference point. Platform for acting prowess similar to what Mammootty exhibited in movies like Paleri Manikyam ,since he is expected to appear in as many as 4 get ups, including that of supposedly a transgender as well.

The actual Mamangam (Kerala’s Kumbha Mela) held once in every 12 years on the banks of Bharathapuzha at the Thirunavaya Navamukunda temple had huge economic,social and cultural significance, as a trade fair unique to Kerala. 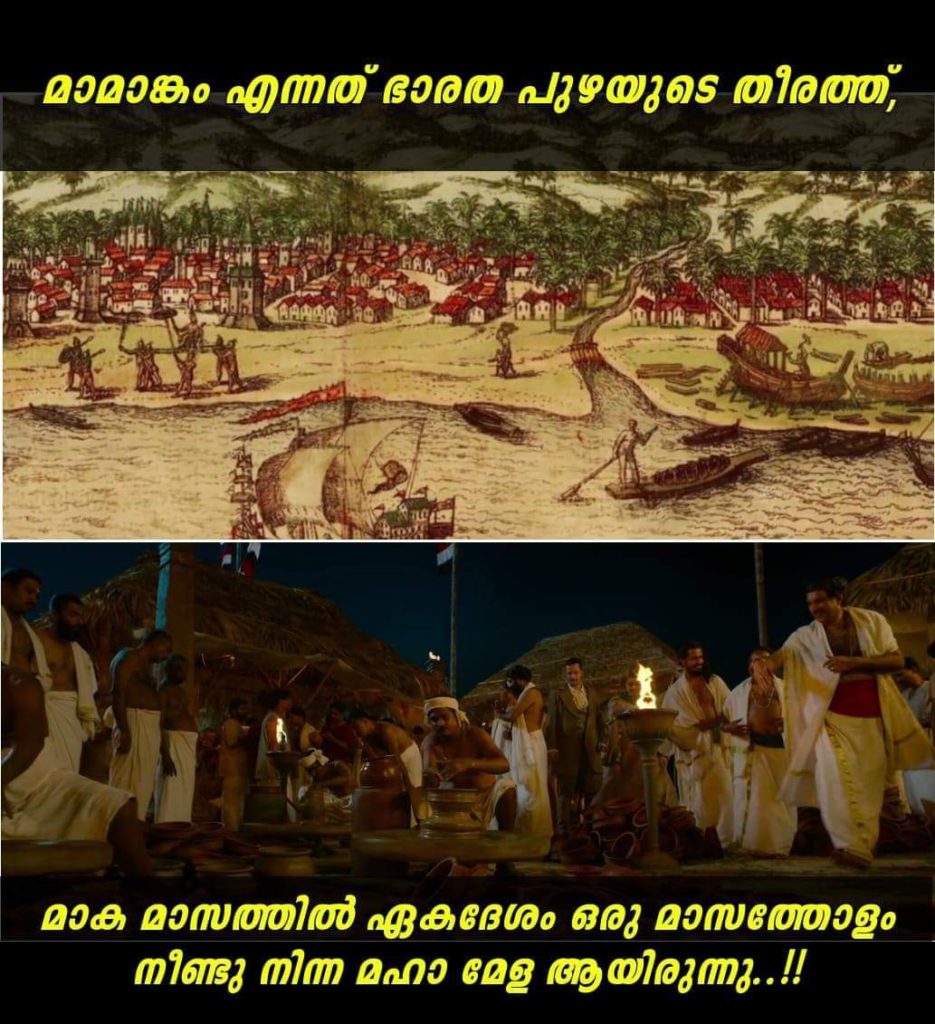 The Nilapadu Thara – a stage surrounded by soldiers on which the Zamorin (Samoothiri) ruler stood during the actual Mamangam war, is under direct control and protection of the Archaeological department. 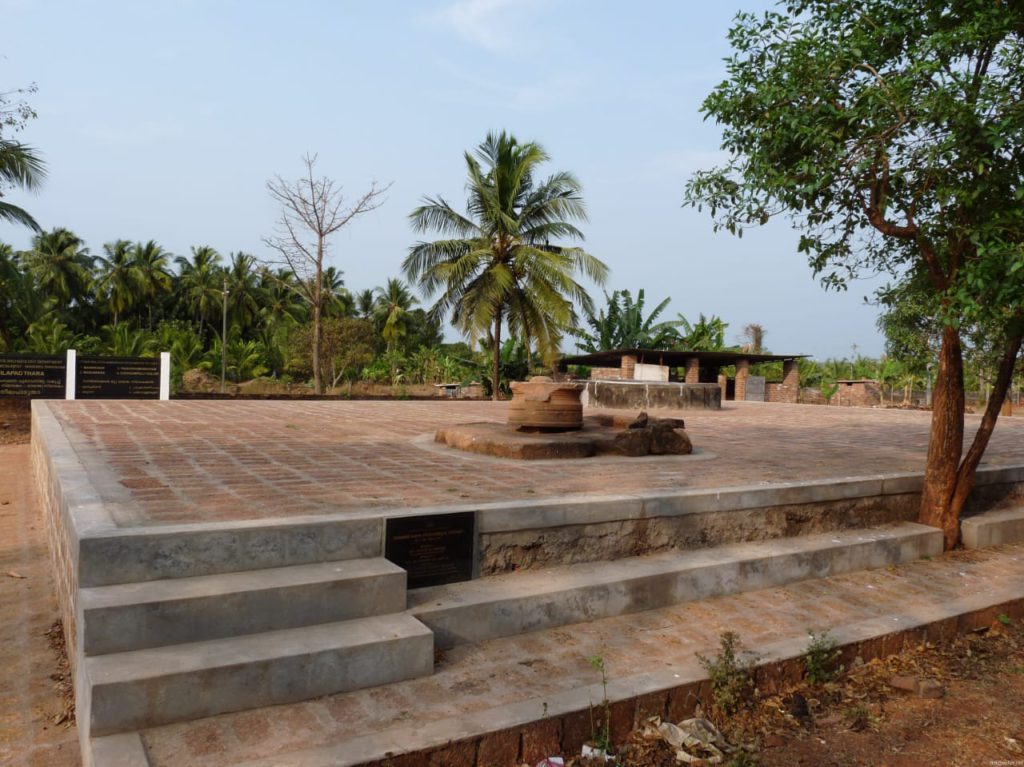 So not surprisingly, the movie itself will not only be a story about our historical legacy or an incredible visualization of martial arts alone but an emotionally significant depiction of many lives as well. Like the Samurais from Japan whom they actually predated, the skilled and valiant warriors in this movie  ,the Chavers, are not fictional entities. There would have been a backstory, preparations, obstacles and a journey before the actual endgame. They were leaving behind their loved ones, memories to cherish and a life worth living

Chandrathil Chanthunni Menon played by Achuthan is a character to look for. The prodigious kid who was the youngest fighter in the history of actual Mamangam. Pictures of Achuthan who plays the role of that young fighter in the movie had become quite popular in the web when the first look posters had come out itself. 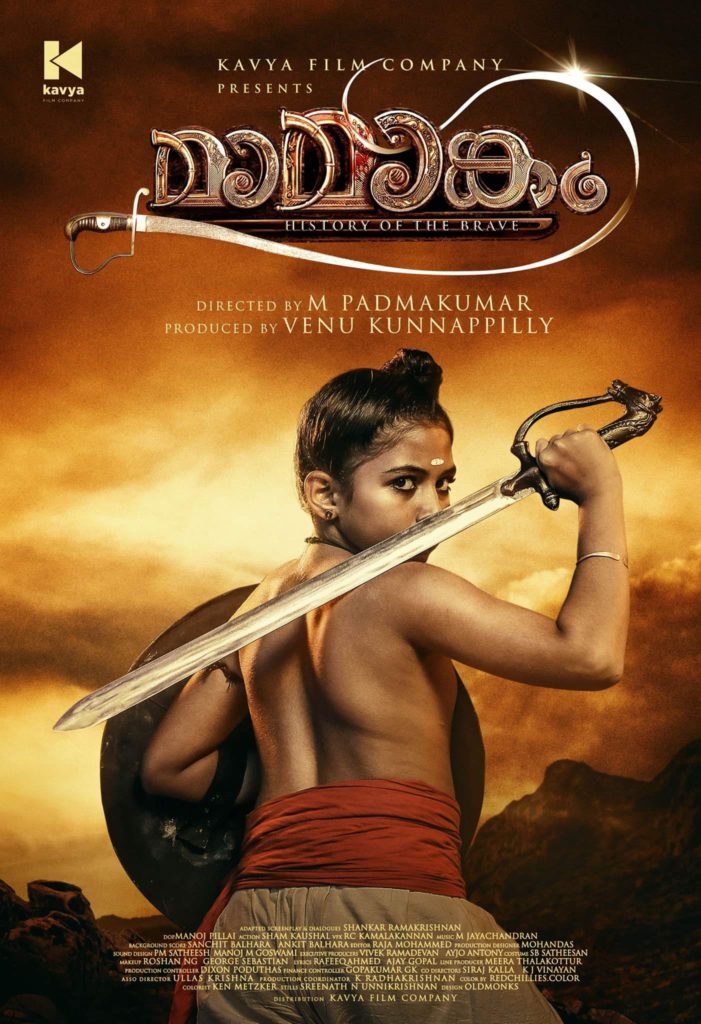 The recently released teaser and song in which he shares screen time with the muscular and imposing Unni Mukundan already seems to indicate that the young actor will be appearing in a pivotal role. 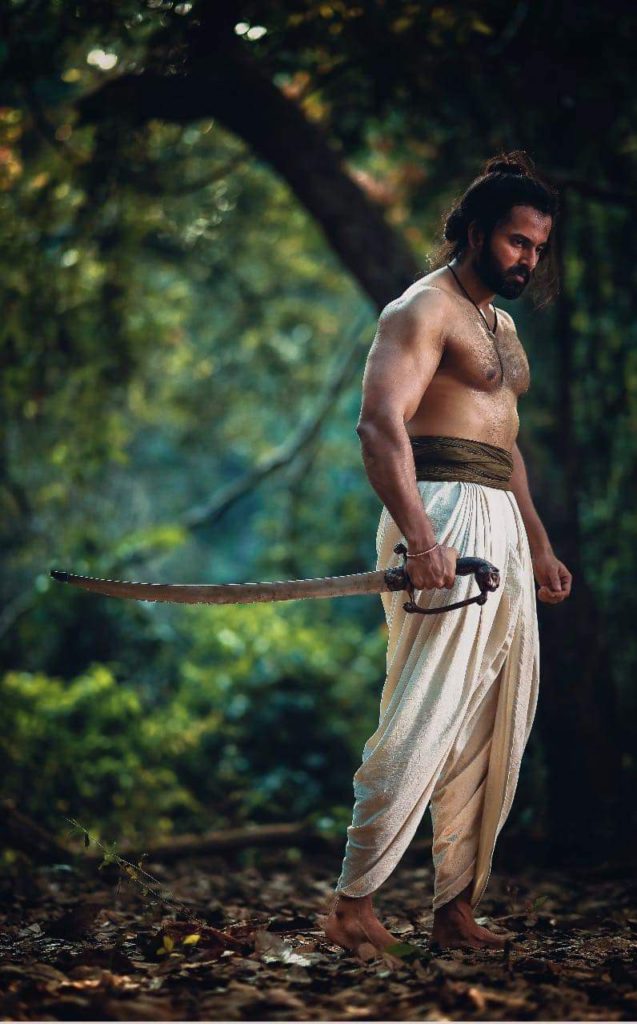 During the recent audio launch event, Mammootty referred to his own role as a mysterious and nameless one sporting various looks . One with layers in his characterisation unlike any other role he has done till date. He also specifically mentions about how they were ordinary human beings who only tried to transcend limitations using physique, training and impeccable fighting skills which emerged progressively ,unlike the case of innumerous larger than life warriors we often see in movies of the genre. 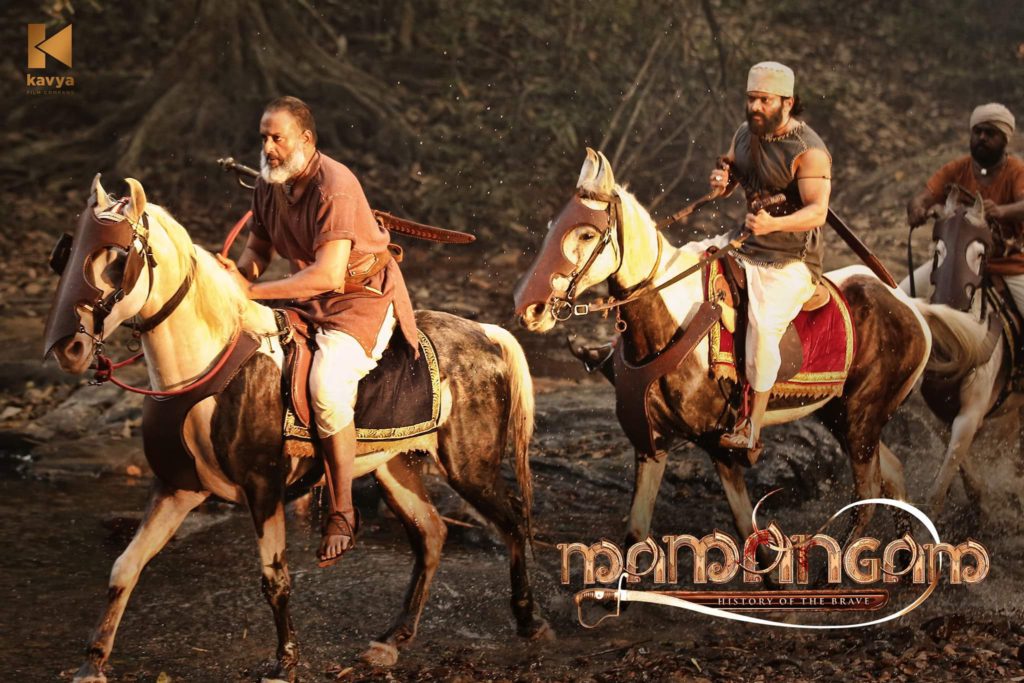 The screenplay and dialogues were written by Shanker Ramakrishnan who had written the script of Urumi as well. The background score has been arranged by Sanchit Balhara who had worked in Hindi historical period films like Sanjay Leela Bhansali’s Bajirao Mastani and Padmaavat. Raja Mohammed ,a national award winner is the film editor. Sham Kaushal who worked in innumerous Bollywood movies like Dangal, Dhoom3, Padmavat and Ashoka has choreographed the action sequences.

Everything including novelty of the Mamangam theme itself , the unique characters , varied technical department, realistic sets (just 15 to 20% VFX) and one and a half minutes long teaser  motivates us to expect a visually exhilarating and content driven Period War Drama. Right now we rely on classics like Oru Vadakkan Veeragatha and Pazhassi Raja as reference points for such multigenre movies.  Hope Mamangam itself  will turn out to be an important and unique addition to that list. All the hard work of the entire team, Malayalam cinema itself and the vision as well as bravery of the producer who was willing to take up the risk of producing the most expensive Malayalam film made till date, truly deserves such a huge victory provided everything falls in place. Pan Indian cinema also needs such a movie for its entertainment value as well as historical, cultural and emotional significance 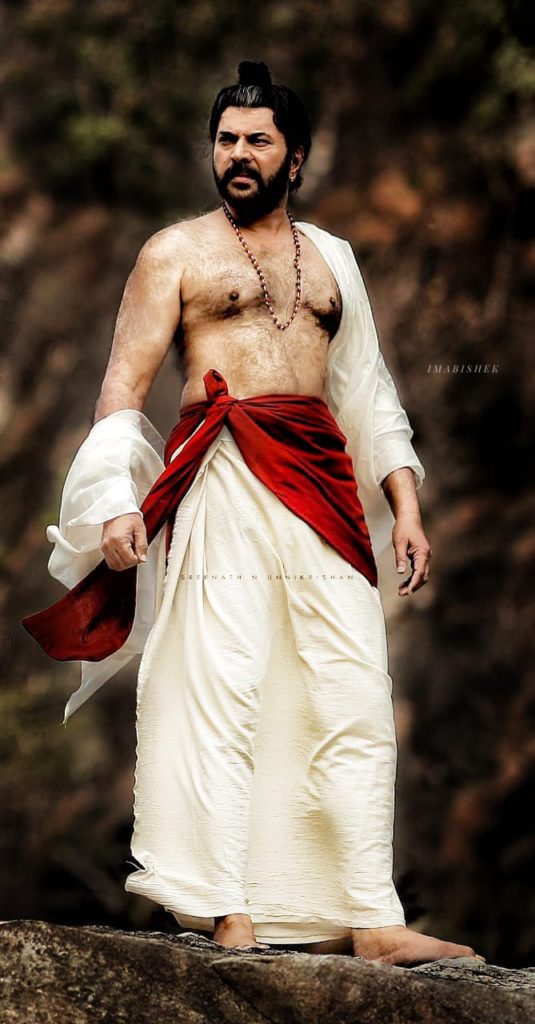 Mamangam which promises to bring us back to our history is undoubtedtly the most awaited movie of this year.Not a fantasy movie like the Bahubali Series, but a classic take on realism blending history and war.Drama and action.Class and Mass.