In the Arena of Mamangam

The greatest teacher in history, as they say, is history. And we Indians know about it all.

It is quite surprising that a country like ours, with as rich a history that it possesses, very few of them are depicted on the big screen. It requires quite the vision, ambition and passion to live up to the characters and the elements of the past to successfully portray the beauty of the things of the past.

Mamangam, is a rich, medieval festival that took place in southern India. Evidently it was a display of religious freedom and a carnival of power presentations by the most powerful chiefs of Kerala. It was quite certainly the ‘desi’ gladiator arena displaying the Indian martial art, Kalari. 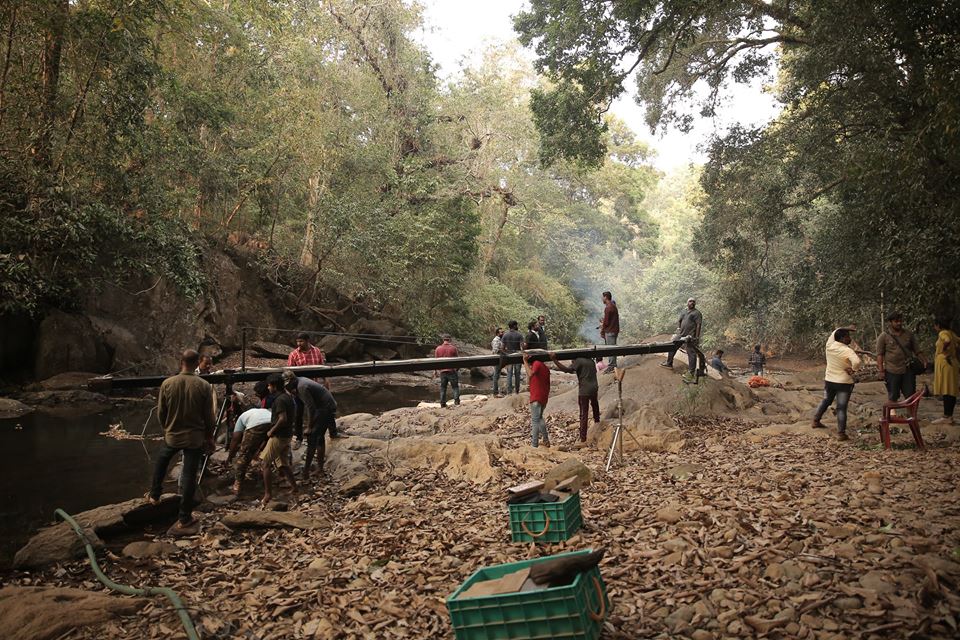 Mamangam, which is certainly named conveniently, is a movie that portrays the festival and happenings around the events of this festival.

Not a lot is known about the movie, as the production team has sworn to secrecy over this. I, on the other hand had the opportunity to visit the sets on the final days of shooting. And let me be clear about this, this behemoth of a set was purposefully created ‘just’ for the movie. This set cost around thirteen crores to make which comprises of an arena, temple, palace and a market area. It almost feels like a township than a set!

Thousands of extras, enormous manpower, a harras of horses and a gazillion details to the set just shows how hard people have worked on it. The set is, in one word, is enticing. 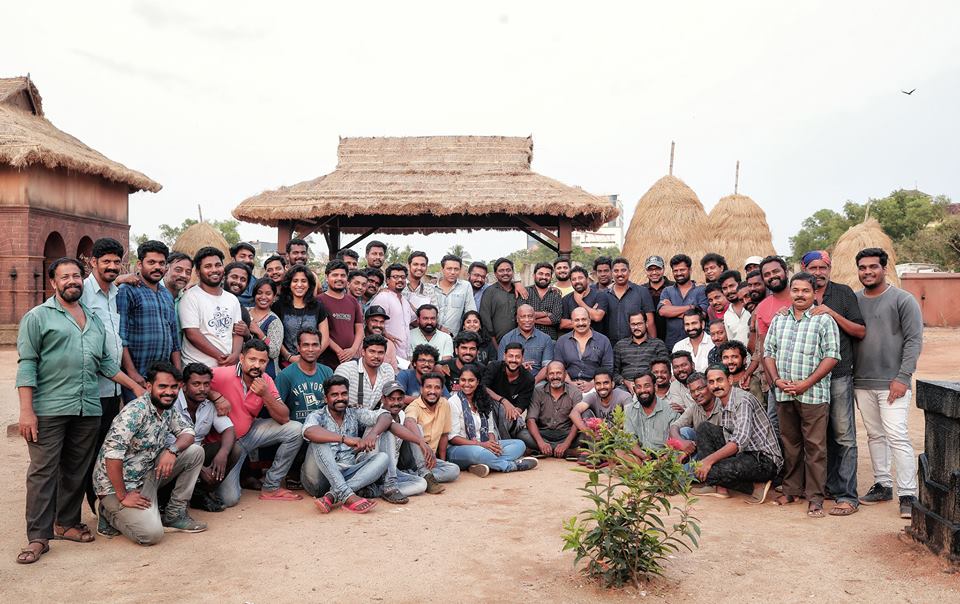 When I was hovering around the set like a fox on ropes, I saw a shoot that looked like a war scene with fire all around and the cast making their way into it. For a brief moment it felt like I am watching the movie, LIVE.

I would be a fool to not say how thrilled I was visiting the set, and even more to listen to the plans of the producer, Venu Kunnappilly sir. When he laid down the plans he had for the movie, the risks, the freshness and more importantly, the scale, I was nothing but awestruck. He looked like a man with a mission, fuelled with passion and love for history. 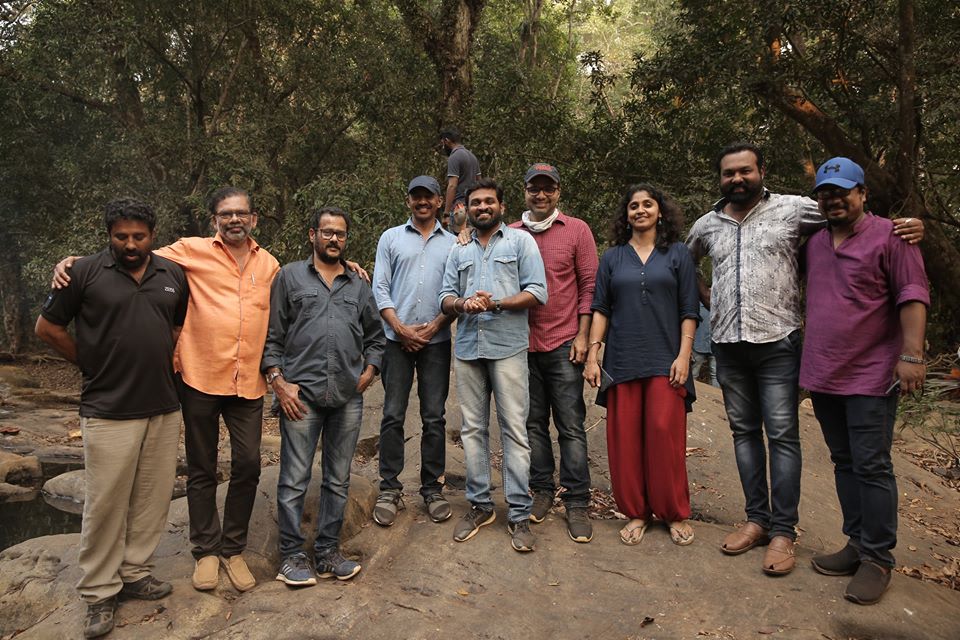 Kerala has produced wonderful movies over the last few decades, but this movie has a goal. To set the Malayalam film industry in the national stage. With plenty of national film awards this industry still has to gain it’s importance outside the Southern part of India. This movie might just be it!

It will be translated in Tamil, Telugu, Kannada and Hindi and distributed throughout the country.

If you are not sold on it yet, this movie stars Mammootty. For Malayalis, this is a household name, for you folks out there with little knowledge out there about this industry, he is a three time national award winner. Watch the Mammootty starrer, Peranbu. Full Stop. 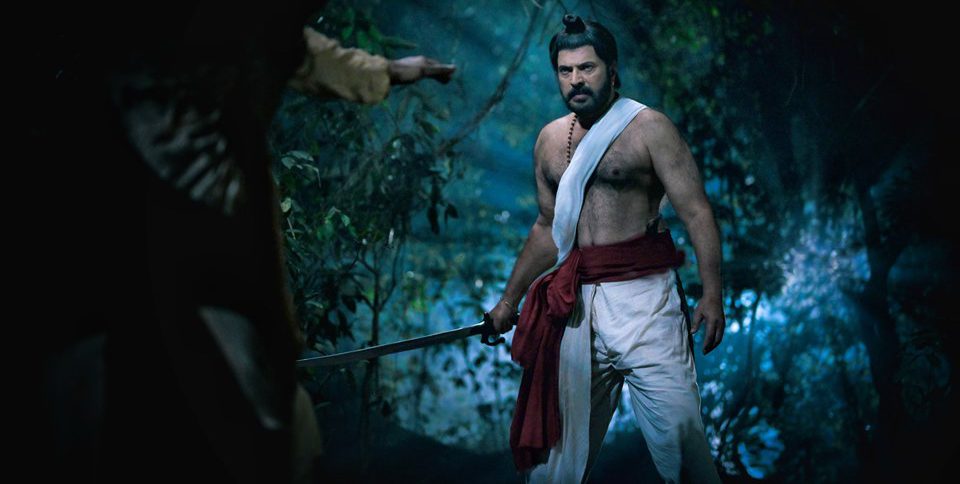 Whenever Mammootty has portrayed iconic characters in period dramas, movies went on to become Industrial hits, be it Oru Vadakkan Veeragaatha (1989) or Pazhassiraja (2009). He has got extreme caliber in portraying historic relevant heroes with ease. So Mamangam has got its biggest USP in casting Mammootty as it’s hero, a go-to man for any historic based movie. Same man who was awarded with National Award for enacting B.R Ambedkar in 1999.

With breathtaking VFX done by the same company that made Bahubali a blockbuster, this movie promises to deliver something humongous to the nation. And with a director like M.Padmakumar, we can only imagine what is in store when we finally head to the big screen.